November 2012 was a special month for Tera. She got engaged to Brandan the same week she was offered a job with SSA. They were married in October 2013. The couple met when they both attended a masquerade party, they exchanged business cards and discovered they both worked in Boulder. She laughingly said that he followed the rules of dating 101 because he waited two days before calling.

Tera said that she believes that opposites attract as Brandan is a software engineer, and she’s describes herself as a people person. Their different personalities mesh, she said, as his weaknesses are her strengths and vice versa. But the relationship has been a grand slam! The couple both likes to play tennis. Tera started to play tennis in high school, and her husband has played tennis his whole life as his mother worked for the United States Tennis Association. In fact, they planned their New York wedding around the one of the oldest tennis championships in the world, the U.S. National Championship, and their honeymoon around another major tennis tournament, the French Open, which is held late May and early June in Paris.

The couple loves to entertain, Tera plans and Brandan cooks. To get ideas for her parties, Tera reads various magazines, such as Mingle, her hands-down favorite one due to its stories behind uniquely creative get-togethers. In each semiannual issue, she discovers entertaining tips, one-of-a-kind invitations and party favor ideas, recipes, artful décor. She also reads Martha Stewart for its home décor ideas and holiday and party planning tips.

Her shopping habit supports her creative inspirations. Tera explains that she’s not a shoe shopper, but a shopper of accessories. Her favorite stores include Crate and Barrel and flea markets. “I’m obsessed with platters,” she added. When a local home improvement store went out of business in the Denver area, the couple didn’t buy paint or home accessories, they bought two display units to store all the tableware that the couple has collected.

While Tera is enthusiastic about entertaining, she also gets excited about traveling.

The couple just got back from a three-week trip to Europe, it was their honeymoon. The couple went to Barcelona, Paris, Rome, Tuscany, Milan and Venice as well as Pula in Croatia. Tera enthusiastically raved about all that they saw and experienced, from the cities and museums to the medieval hill towns, beaches and beautiful countryside; and of course, the great wine and food.

But her favorite city is New York. Tera said she loves the restaurant scene and the fast pace. When planning her wedding, Tera made four trips to the city. The couple got married at the historic Riverside Church, a designated New York City landmark as well as a popular wedding site. It’s the tallest church in the United States and features traditional architecture and stunning views.

She developed her love of traveling as an adult. Tera’s family didn’t travel far from home, which was in Georgia Alabama. They vacationed in nearby Florida.   On her bucket list are trips to either southern Africa or India to see cats – her favorite animals.

She has only lived in four states: Alabama, Georgia, Tennessee and Colorado.

Tera was born in Gadsden, Alabama. Her grandparents lived in same town.

Catching lightening bugs with her cousin at their grandparents’ house on warm summer nights is a fond memory for Tera. The girls quickly learned that once the jar is filled with the bugs, they couldn’t keep them for longer than a day or two. They started to catch and release the twinkling bugs.

Tera used to volunteer a local child organization, and she would raise money to buy Christmas presents for those less fortunate. But she made the mistake of buying gifts as the children didn’t want she selected, but preferred gift cards where they could select what they wanted. She wants to volunteer with a similar organization, but hasn’t found that opportunity that feels right.

Tera went to Lee University in Cleveland, Tennessee, a private university located in the foothills of the Appalachian Mountains. It was the college her father attended. She started as a music major, with the intent of becoming a professional singer, but quickly realized she should probably limit her singing while driving in her car. Tera changed majors and then earned a bachelor’s degree in business. After graduating, she began looking for a job, and by accident ended up in catering sales at a local hotel. At a job interview for general manager at a Nashville hotel, the interviewer suggested that Tera consider working in catering, and then offered her a job. It was good advice as it was the start of a successful career. As she gained experience as a creative events professional, she knew she was part of something special, and decided to give back to her chosen industry. Tera is the past president of Denver chapter of International Special Event Society. She currently serves on the international awards and recognition committee.

Tera’s parents moved to Denver when her father took a pastorship at local church, and she stayed behind at her job in Nashville, Tennessee. She kept getting photos from her parents when they visited various outdoor sites, such Pikes Peak, the mountains and Boulder. She decided her parents should NOT be having more fun than her, so she moved to the mile high city and got a catering job in Boulder.

Tera has a younger brother, who’s an instructor in US Army Ranger School, an intense combat leadership course.

Tera is passionate about a lot of things, including work, food, tennis, music and more.

Tera said that her last meal on earth would be a pepperoni pizza. “It’s one of those things I can eat, I eat everyone under the table,” she said. But she added that she shows great will power and avoids her favorite dish. However, this pizza was served at her rehearsal/welcome reception dinner in New York.

She shared that another guilty pleasure is reading juicy gossip magazines to learn about the hottest celebrity news when getting mani-pedis. Her favorites include US, People and Intouch.

One of her favorite books is the best-seller, Lean In, by Sheryl Sandberg. Tera said it was a very motivational book about women and it offered commonsense solutions that can empower women to achieve their full potential.

It’s not surprise that her favorite sport is tennis. She said playing tennis is a great social outlet, not to mention an all-over workout.

Tera’s passionate about the Indigo Girls, an American folk rock music due. Tera said she loves the harmony and the fact that they’re Southern girls!

Now that you know a little more about Tera, there’s one other thing you may not know — she’s pregnant with a honeymoon baby, which is due the end of February 2015.   Her parents are ecstatic about Tera’s pregnancy, even though they already have two grandchildren, but unfortunately they live on the east coast. She reports they look forward to being able to spoil this grandbaby. 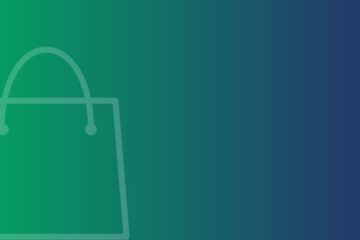 Small Steps to Big Change: How SSA is Working to Eliminate Single-Use Plastic in Cultural Attractions

There’s a well-known parable on the power of small actions about a boy throwing individual starfish back into the ocean. As the story goes, an old man questions the boy’s efforts saying he’ll never be Read more… 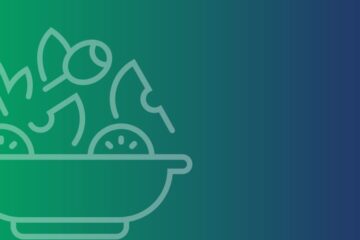 The Challenges of Multi-Contractor Management for Cultural Attractions

As a guest, you have certain expectations of your host. Make you feel welcome. Serve refreshments. Keep you entertained. A quality guest experience is guided by a host who knows how to manage every aspect Read more…